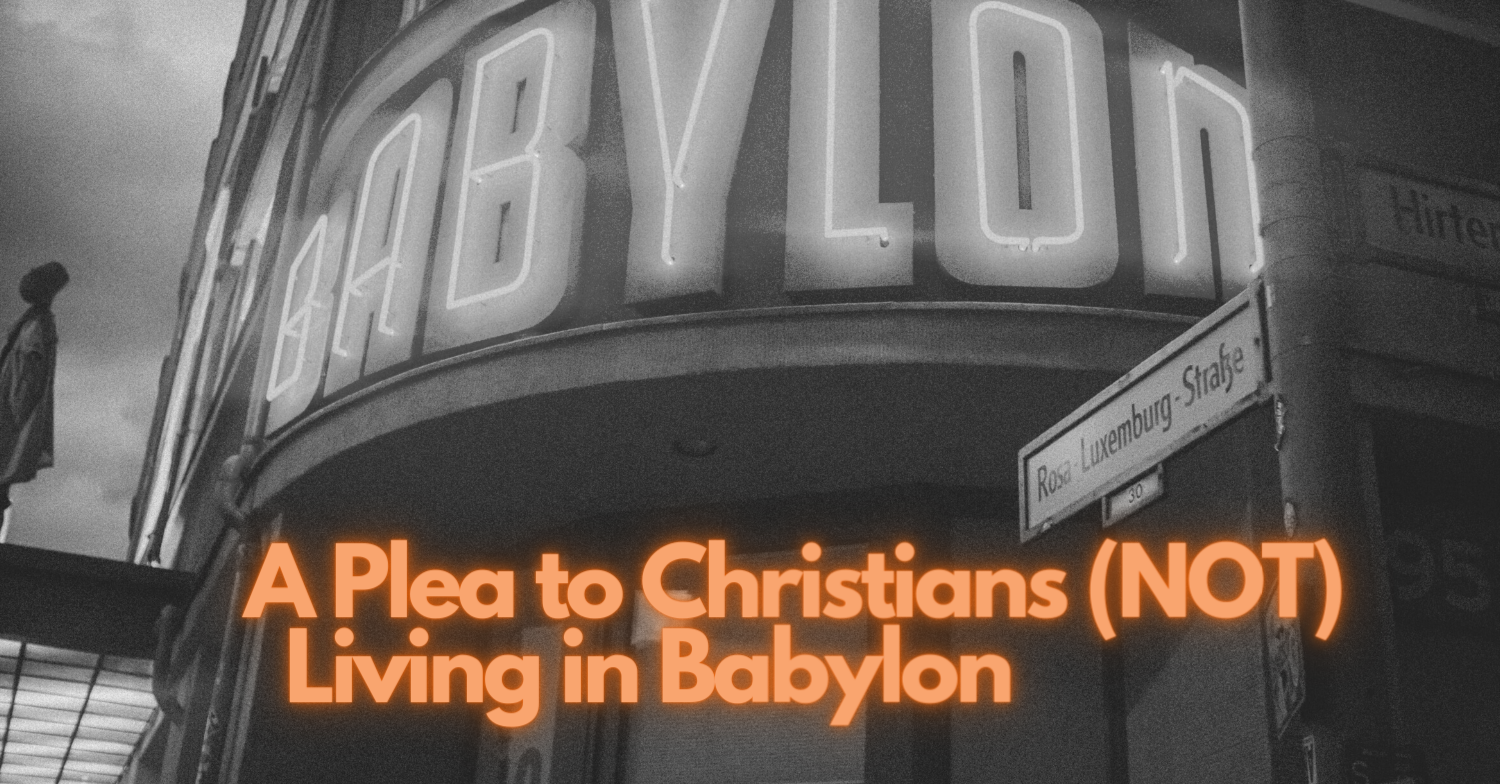 Babylon. 600 BC. A man named Daniel is in his room. The doors are shut, the windows are wide open, the fresh wind is blowing. Daniel is on his knees, facing east, hands stretched towards his home city—Jerusalem. Memories from the past flood his mind; he thinks of the good old days, the fun times with his family and friends. All that is gone after an army of foreign soldiers invaded his country. People were killed. Houses were plundered and burned. Families were separated. Thousands of lives were lost. Daniel was among the lucky few—taken captive, instructed to serve Nebuchadnezzar, the king of Babylon.

Daniel is a foreigner in a foreign land.

Here, in Babylon, you are not allowed to pray.

The king of Babylon issued a law prohibiting prayer, be it personal or corporate. Daniel is not allowed to talk to the only person he can trust—Yahweh, his God. In a country like Babylon, to intercede or petition anyone other than the king is deemed a crime. Those who disobey are sentenced to death. And Daniel knows it, but he can’t help himself. He willingly violates the king’s decree, gets down on his knees, and raises his voice in praise and worship.

In a country like Babylon, freedom of religion is not one of the individual rights. And this is one of those times when civil disobedience is not only appropriate, it is required.

From reading the story, we know that the whole “no prayer” thing is a conspiracy against Daniel (see Daniel 6). The king’s advisors were jealous of Daniel’s success; they couldn’t tolerate the amount of favour this man found with their king. And so the royal satraps devised a plan to entice their ruler to issue a decree that would prohibit those living in the land to pray. The government officials have nothing against prayer; their target was Daniel.

It was personal revenge.

Daniel doesn’t know about the conspiracy. He disobeys the royal decree and prays. And he suffers the consequences.

As the story unfolds, the king finds out about Daniel’s disobedience. Bound by his own words, he orders Daniel to be thrown into a lion’s den. But to the king’s astonishment and the demise of the devious satraps, Daniel miraculously survives the night with the lions—Yahweh shut the mouths of the hungry animals. This was the God to whom Daniel prayed, the God in whom he trusted. After witnessing the miracle, the king himself bows down in worship before Daniel’s God, proclaiming:

“For he is the living God and he endures forever; his kingdom will not be destroyed, his dominion will never end.He rescues and he saves; he performs signs and wonders in the heavens and on the earth.He has rescued Daniel from the power of the lions” (Daniel 6:26-27 NIV)

In the end, God delivers.

What do Christians do in response? Mostly, complain. They complain because they feel violated and oppressed. They believe the government infringes on their freedom of religion. Perhaps. But here, in Canada (unlike Babylon), you are allowed to pray. In fact, you are encouraged to pray by the government:

“You can still visit places that host worship or spiritual practices for individual activities such as contemplation, meditation, personal prayer, or worship.” [1]

These days, when we can’t do a lot of things we’d typically do, there are things we can do. And one of those things is to pray. Prayer is allowed; it’s encouraged.

This is Canada, not Babylon.

China. AD 2021. Thousands of Christians are persecuted for their faith. Like Daniel, these Christians don’t have a privilege of religious freedom; instead, they have religious oppression. They know that prayer is one thing they can do.

Li Chengju is a Christian living in China. When interrogated by the government authorities, she was asked to renounce her faith and disown the church. She refused. Li and many other Christians in China are victims of “sinicization”—the government’s campaign for turning faith into a tool for instilling communist ideology. The goal of the campaign is to force the churches across the country to align with the values of the Communist Party, requiring their pastors to preach the communist doctrine to the people. Those who refuse are persecuted. Some are killed.

The Chinese government discovered the tool that God is using to transform the world—the church. The officials understand the potential impact of the local church on society, and they (ab)use its influence to enshrine the nation in the communist regime.

“If my people who are called by my name will humble themselves and pray and seek my face and turn from their wicked ways, I will hear from heaven and will forgive their sins and restore their land” (2 Chronicles 7:14).

Canada is not Babylon. Here, you are allowed to pray. Prayer is your secret weapon, so use it! You have the power to transform your nation, the world. You can heal the land.